There can be no question that insulation should be of primary importance when considering new house construction. Slipform stone houses are no exception to this rule. Helen and Scott Nearing, early proponents of this stone building technique, claimed that their New England homes were comfortable year-round without much thought given to insulation – indeed, their first slipform home was built right into a Vermont cliff-face, and made use of bare ledge as one wall. While the thermal mass of the earth itself surely served to maintain house temperatures above freezing, by modern standards, there can be no doubt that this uninsulated stone house would make for a chilly winter. Insulation is key to efficiency, and there are a number of ways to insulate a slipform stone structure.

One common approach to the question of insulation in stone and concrete structures is the construction of a standard framed stud wall against the interior wall. This framed wall is then insulated in the traditional manner, using fiberglass batting insulation between the studs. While this approach works fine, and brings the comfort of familiarity to many builders, the construction of the stud wall is wasteful, and the studs themselves present the opportunity for thermal bridging, significantly reducing the overall insulation of the house.

Rigid insulation offers a number of opportunities when it comes to insulating slipform stone homes. Rigid insulation, correctly installed, allows for no thermal bridging and creates a tight envelope inside the house. There are a number of techniques for building this type of insulation right into the walls themselves, either by laying the insulation inside the forms as you build, or replacing the interior forms entirely with nailbase – rigid insulation mated with OSB, plywood, or even sheetrock on one side.

This nifty product could be used to spray a seamless layer of insulating foam directly onto the interior of the slipform wall. The insulation would then be cut, sanded, or squashed flat before a finish layer of sheetrock is applied. Both of the above approaches present difficulties when it comes to hanging anything on the walls, as there are no interior studs for screwing or nailing into. Strategically placed furring strips could be used for this purpose. 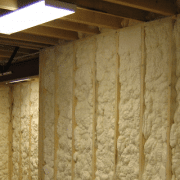 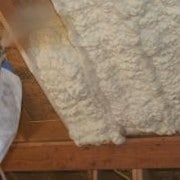 Insulating the Walls of Your Older Home

How Adding Home Insulation Can Reduce Your Heating Bills

How to Remove Old or Damaged Insulation 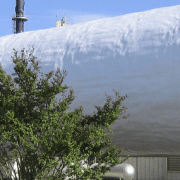 Why You Need Attic Insulation 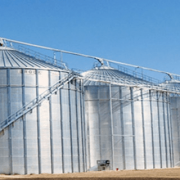 How Much Attic Insulation is Enough?
Installation of Polystyrene Insulation on Fiberglass